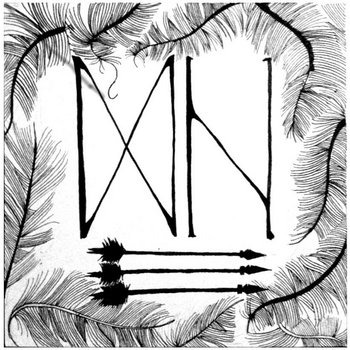 Let me first off give a nod to how fucking cool that song title is.

Just in case you are a bit slow, have you ever heard the term Apex Predator? Yes? Ok now alter your perception and subsequent imagery to replacing Predator with Parasite.

See what I mean? BAD ASS.

The song kicks off with a feedback swell into a hybrid riff that to my ears is 3/4 Isis, 1/4 early Era Emperor.

The vocals sound like Aaron Turner in a leather jacket with a Corrupted back patch.

At 1:47 a very primal groove locks in with the drums and bass, where all other instruments are slowly brought back in, once brought to the apex of this ascenscion, there is an anti-climactic return to some riffs from the beginning.

Now I have a very positive relationship with anti-climactic build ups...I have shown people songs of a similar principle to be asked, "But it just builds up and just goes back to what it did before?" EXACTLY. That's what it does, and its fucking awesome. Don't Like it? Start your own band and you can make the apex of your own song climactic.

Call it overthinking...but could the refutation of a climax at the apex be the sonic form of the song matching the form of it's title?

To me, climacticism in music is Fantasy and anti-climacticism is Reality...both have their place, deciding to favor one over the other only cheats you from viewing all of the windows this form of art has to offer.

This was sold as a screened CD(Sold Out) to fund mastering this for a split 7" with Repellers. As far as I can tell from DIVINE MOTHER RECORDINGS this will be out soon but for now you can listen to the unmastered version at the bandcamp above.